Lectures on liberalism and illiberalism by Michael Freeden 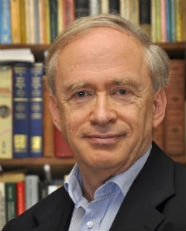 Each lecture will take place at Popper Room, Monument Building and will start at 4.00 p.m.

Michael Freeden is Emeritus Professor of Politics, University of Oxford, where among others he founded and directed the Centre for Political Ideologies; and an Emeritus Professorial Fellow, Mansfield College Oxford, where he taught from 1978 to 2011. He was a Professor of Political Theory at the University of Nottingham from 2013 to 2015. Between 2004 and 2007 he was an ESRC Professorial Fellow. He is currently a Professorial Research Associate at in the Department of Politics and International Studies at SOAS, University of London. He is the founder-editor of the Journal of Political Ideologies. He has been awarded the Sir Isaiah Berlin Prize for Lifetime Contribution to Political Studies by the UK Political Studies Association, and the Medal for Science, Institute of Advanced Studies, Bologna University. He is the author, among others, of  Ideologies and Political Theory: A Conceptual Approach (Oxford, 1996); Ideology: A Very Short Introduction (Oxford, 2003); Liberal Languages: Ideological Imaginations and Twentieth Century Progressive Thought (Princeton, 2005); The Political Theory of Political Thinking: The Anatomy of a Practice (Oxford, 2013); Liberalism: A Very Short Introduction (Oxford, 2015).