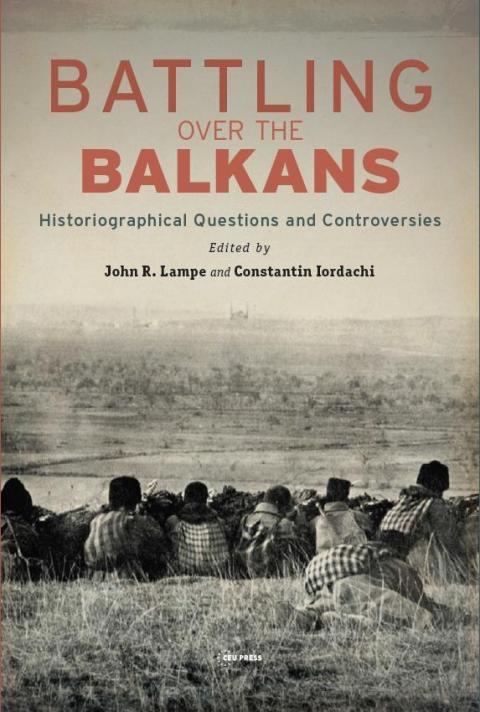 The tumultuous history of the Balkans has been subject to a plethora of conflicting interpretations, both local and external. In an attempt to help overcome the stereotypes that still pervade Balkan history, Battling over the Balkans concentrates on a set of five principal controversies from the precommunist period with which the region’s history and historiography must contend: (1) the pre-1914 Ottoman and Eastern Christian Orthodox legacies; (2) the post-1918 struggles for state-building; (3) the range of European economic and cultural influence across the interwar period, as opposed to diplomatic or political intervention; (4) the role of violence and paramilitary forces in challenging the interwar political regimes in the region; and (5) the fate of ethnic minorities into and after World War II, particularly Jews, Muslims and Roma.

In an attempt to give a voice to eminent local authors, the chapters provide samples of new regional scholarship exploring these contested issues—most of them translated into English for the first time—and are prefaced with historiographical overviews addressing the state of the debate on these specific controversies. These translations help bridge the language barriers that often separate scholarly traditions within Southeast Europe, as well as scholars in Southeast Europe and English-speaking academia. It is hoped that the volume will enable readers to identify common patterns and influences that characterize the writing of history in the region, and will stimulate new transnational and comparative approaches to the history of the Balkans.

See the Table of Contents at: Battling over the Balkans | CEUPress

Battling over the Balkans | CEUPress