Beyond the Fascist Century: Essays in Honour of Roger Griffin (new faculty publication) 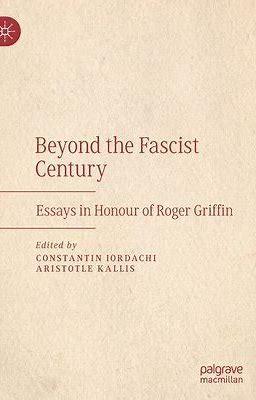 This book evaluates the current and future state of fascism studies, reflecting on the first hundred years of fascism and looking ahead to a new era in which fascism studies increasingly faces fresh questions concerning its relevance and the potential reappearance of fascism. This wide-ranging work celebrates Roger Griffin’s contributions to fascism studies  – in conceptual and definitional terms, but also in advancing our understanding of fascism – which have informed related research in a number of fields and directions since the 1990s. Bringing together three ‘generations’ of fascism scholars, the book offers a combination of broad conceptual essays and contributions focusing on particular themes and facets of fascism. The book features chapters, which, although diverse in their approaches, explore Griffin’s work while also engaging critically with other schools of thought. As such, it identifies new avenues of research in fascism studies, placing Griffin’s work within the context of new and emerging voices in the field.

For the table of contents, see Beyond the Fascist Century - Essays in Honour of Roger Griffin | Constantin Iordachi | Palgrave Macmillan